The City Tour will run 7 team-based golf tournaments in Atlanta for amateur golfers of all skill levels. Sign up your team or register as an individual today.
Start Over
New to City Tour? Sign up for updates and take $10 off your first tournament!
Enter your email address 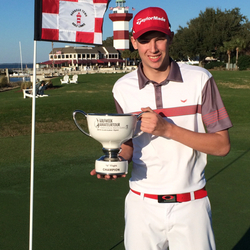 Player Spotlight
Carson Hunt
Team Captain
"Nextgengolf events are a ton of fun. It's a great way for players who aren't on a varsity team to play college golf and get the same experience. We play the NCCGA collegiate events in the spring and fall and the Nextgen City Tour in the summer. From my school, guys who didn't think they would ever be good enough to play in college are getting an awesome experience. 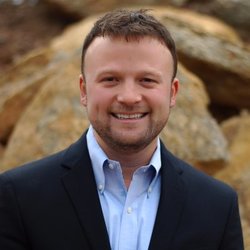 James Homesley
atlanta@nextgengolf.org
Our City Ambassador in Atlanta is James Homesley who is a Program Manager working for BrightLink Technology. BrightLink provides a platform for managing the lifecycle of a candidate seeking a professional certification. James is a casual golfer who picked up the game a few years ago, but has now caught the bug and enjoys playing as much as possible. James has always called Atlanta "Home" and attended school at Georgia Tech majoring in Business Management.

About the Atlanta City Tour

The Atlanta golf market is ideal for young adults given a favorable climate, a significant amount of golf course options, and affordable costs to play the game. There are both public golf and private playing options in Atlanta for young adults including a number of very reasonable young adult memberships at private golf clubs. If you are lucky to live down south, playing Atlanta golf is a good place to be.
Sign Up Now