The City Tour will run 5 team-based golf tournaments in Cincinnati for amateur golfers of all skill levels. Sign up your team or register as an individual today.
Start Over
New to City Tour? Sign up for updates and take $10 off your first tournament!
Enter your email address 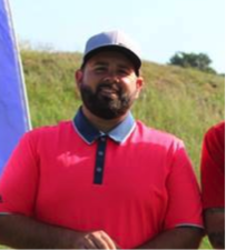 Player Spotlight
David Wright
Team Captain
"Nextgengolf has given me a lot of opportunity to network with people not only for the game of golf, but friendships and just getting the opportunity to meet different teams/players across the country. Qualifying for nationals was a great experience and I wouldn't have got that opportunity if it wasn't for local Cincinnati City tour."

Josh Johns
Cincy@nextgengolf.org
Our City Ambassador in Cincinnati Sean Keating is an audit assistant at Deloitte. Sean is an avid golfer who played varsity golf for University of Dayton Men's Golf Team. He has numerous golf honors including a First-Team Atlantic-10 All-Conference award in 2010, qualifying for the 2011 US Amateur, and qualifying for the 2016 US-Mid Amateur.

About the Cincinnati City Tour

The Cincinnati golf scene boasts an abundance of private and public courses, providing an atmosphere where all players are welcome. Young professionals have great options with affordable private clubs, GolfNow rates at some of the top public tracks, and the Cincinnati City Tour for summer competition. From exclusive courses like Camargo Club to public accessible courses like Stonelick Hills, Cincy golf provides a great opportunity for golfers 9 months of the year.