The City Tour will run 5 team-based golf tournaments in Dc for amateur golfers of all skill levels. Sign up your team or register as an individual today.
Start Over
New to City Tour? Sign up for updates and take $10 off your first tournament!
Enter your email address 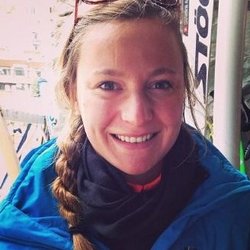 Player Spotlight
Olivia de Fouchier
DC Free Agent
"I was so excited when I discovered that there was a DC City Tour. I'm only here for the summer which makes it hard for me to find people to play with. Not only has DC City Tour enabled me to maintain competitive golfing, I have been able to meet great people in DC! The golf courses we play at are great ones in the area and organization is on point!"

Joshua Moss
DC@nextgengolf.org
Jeremy Beale is our City Ambassador for DC and actually comes from the golf industry himself. Working with the Mid Atlantic Golf Association, Jeremy is excited to run events for the City Tour

About the Dc City Tour

Golf in DC as a young adult can be quite difficult due to the high costs of greens fees at public facilities and getting to the course outside the city. DC Golf has a lot of potential for young adults given it boasts one of the largest millennial golf populations in the US and significant wealth in the city. If you are lucky, try to get invited to one of the high-end private golf courses in the area such as Congressional or Trump National Golf Club.
Sign Up Now