The City Tour will run 2 team-based golf tournaments in Detroit for amateur golfers of all skill levels. Sign up your team or register as an individual today.
Start Over
New to City Tour? Sign up for updates and take $10 off your first tournament!
Enter your email address 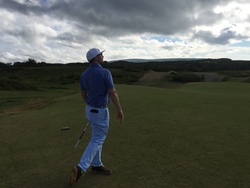 Player Spotlight
Brian Lapinski
Detroit City Tour Player
The City Tour is a great and welcoming environment for young professionals to get back into a competitive golf atmosphere in both local and national tournaments.

Luke Van namen
detroit@nextgengolf.org
Mike manages the City Tour and will be helping conduct tournaments in Detroit in 2019.

About the Detroit City Tour

The Motor City is home to a quiet golf market that is blooming with young adult golfers. Detroit golf includes several local college and club golf teams, including Michigan and Michigan State, and has some top-notch golf courses in the metro area and surrounding cities that are able to satisfy even the most snobby golfer.
Sign Up Now