The City Tour will run 4 team-based golf tournaments in Houston for amateur golfers of all skill levels. Sign up your team or register as an individual today.
Start Over
New to City Tour? Sign up for updates and take $10 off your first tournament!
Enter your email address 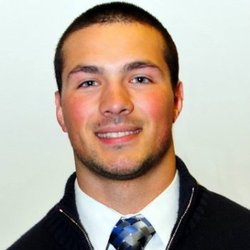 Player Spotlight
Johnathan Andhor
Team Captain
"As a young professional in a new city, I was lucky to get involved with the Nextgengolf City Tour. It has given me the chance to once again play golf competitively. I personally think that the team best ball format is great because it allows you to have a few bad holes, but still turn in a good score. We play on some of the best courses around, we get discounts on popular golf gear, and Nextgengolf provides us with the opportunity to network with a lot of new people. I look forward to continually competing in the City Tours to come."

A.j Skiba
Houston@nextgengolf.org
Chance, the Houston City Ambassador, runs tournaments across the city each year. Chance loves the game of golf and puts together great events in Houston.

About the Houston City Tour

The Houston golf market has a rich history as a host to numerous PGA Tour events including the Shell Houston Open each year at the Golf Club of Houston (the City Tour hosted there in 2016). Since golf can be played all year round in Houston, competitors in this market have the opportunity to play often. The city even has two TopGolf facilities to meet the demands of golfers in different parts of the City. If you are looking for a cheap round or high-end exclusive experience, Houston golf has a lot to offer.
Sign Up Now