The City Tour will run 4 team-based golf tournaments in Philly for amateur golfers of all skill levels. Sign up your team or register as an individual today.
Start Over
New to City Tour? Sign up for updates and take $10 off your first tournament!
Enter your email address 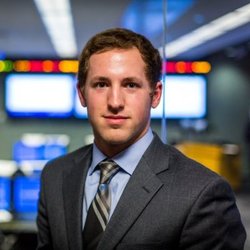 Player Spotlight
Matt Hahn
Former City Leader
"I really enjoyed leading the Philly City Tour during the summer and competing in the NCCGA collegiate events during the school year."

Nick Bleakley
Philly@nextgengolf.org
Nick Bleakley is an avid golfer and member at Raven's Claw. He is a 3 handicap and has been playing in Philly City Tour events for many years. He is looking forward to a great season of events.

About the Philly City Tour

The Philly golf scene has one of the longest histories in the United States. Golf courses like Merion and Philadelphia Cricket Club have hosted some of the top Professional and amateur golfers in the world. As a young adult, you have a number of options to play with an abundance of pubic golf courses near the city as well as the Jersey Shore a short drive away for some waterfront weekend golf.
Sign Up Now